Horrell was a long time staple in the Redondo Beach real estate community and contributor to city affairs. She served on the council from 1985 to 1993; before that, she was on the Planning Commission starting in 1978.

Horrell, who died Tuesday, led various local organizations at one time, including serving as president of the Redondo Beach Chamber of Commerce, president of the South Bay Chapter of the City of

Hope, chairwoman of the Redondo Beach Library Commission and president of the South Bay Association of Realtors.

“A lot of people called her the original steel magnolia,” said her son Jay Horrell.

That upbringing formed the southern accent that remained with Horrell throughout her life, Jay Horrell said.

In 1957, she married James “Jim” Horrell and together they raised three children, Tanna and Michael Mudse and Jay Horrell.

Horrell and her family moved to Redondo Beach in 1963. A year later, she opened Horrell Realtors, at a time when few women worked in real estate development. Her husband went to work for the firm in 1972 after retiring from a career in aerospace. Today, Jay Horrell and granddaughter Jessica carry on the Riviera Village business.

“Now it’s more common for a woman to be in real estate,” said Jessica Horrell. “But back then, it was really less common. She had really strong morals and a strong personality. She was always classy and graceful. One of her mottoes was if somebody doesn’t have class, there’s not much you can do to help them.”

Jay Horrell recalled a story his mom told about approaching a developer regarding a project in the 1960s.

“He was sitting there with a big cigar, and he said to her, ‘I don’t work with women,'” Jay Horrell. “And she shot back, ‘You’re in luck. I‘m not a woman; I’m a lady.'” The way Jessica remembers the story, her grandmother grabbed the man by the collar and then ripped up the listing contract. Her grandmother, she said, taught her so many core values, most of all that character was everything — and it could not be sold at any cost.

“She really believed in community involvement,” Jessica Horrell said. “A core value of hers was that people accomplish things based on doing things together. Nobody can act on things solely.

“I think that speaks volumes about why she was so active in her community,” Jessica Horrell added. “ What was really important to her was to elevate the South Bay as a whole.”

In the 1980s, when Kay Horrell became active in city politics, there too were few women.

As a councilwoman, Horrell traveled to Washington, D.C., to testify to the Senate Finance Committee in order to secure funding to raise the height of the Redondo Beach harbor breakwater from 14 to 22 feet. That was right after the winter storm in 1988 that caused severe damage to the harbor area.

Pat Dreizler, a friend of Horrell for nearly 60 years, said what she will remember most is Horrell’s elegant southern accent, her fierce personality when a situation called for it and her overwhelming kindness. The two shared the exact same birth date, so they had an instant bond, Dreizler said.

Dreizler, who worked at City Hall for 30 years, said Horrell was “ feisty” as a councilwoman.

“She took a stand and stood by it,” Dreizler said. “She took on a few councilmen, too.”

Dreizler said Horrell, however, never talked much about the impact of being a businesswoman in the 1960s.

“ Women didn’t recognize themselves as anything other than who we were,” Dreizler said. “There were a lot of businesswomen who were part of the professional organizations. Other people might have talked about us, but we just went to work every day.”

Most of all, Dreizler said, she will remember her friend’s kind spirit, always ready to volunteer or contribute to whatever cause was being championed. 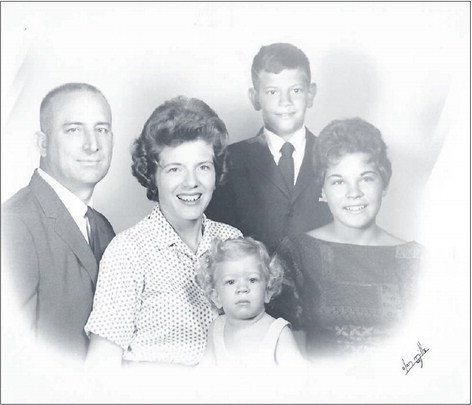 Redondo Beach real estate broker Kay Horrell, center, pictured with family in the 1960s, died Tuesday at the age of 93.